BlueJeans vs Zoom — which is better for video conferences? 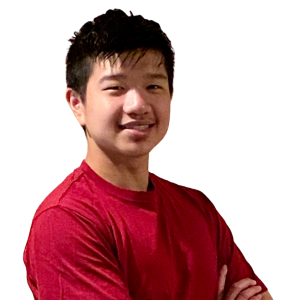 BlueJeans vs Zoom — which is better for video conferences?

BlueJeans and Zoom are both web and video conferencing platforms. They each provide a range of video communications, VoIP, and collaboration capabilities.

While both products are used across company sizes, BlueJeans is more common among enterprises. In contrast, Zoom is a reliable option regardless of company size when collaboration is a key facet of users’ web conferencing.

BlueJeans and Zoom both offer a range of web conferencing capabilities for organizations.

BlueJeans stands out as a scalable web conferencing option, especially for enterprises. It facilitates a range of methods for high volumes of meeting participants to join a meeting across locations. It also provides a quality participant experience with one-touch joining for meetings. BlueJeans also allows for browser-based meeting sessions in addition to app-based meetings.

There are also some limitations or drawbacks to BlueJeans and Zoom.

BlueJeans’s administrator and meetings creation process is not as user friendly as its participant experience. The admin interface is less intuitive, and there is more of a learning curve to setting up meetings with customized security or recording features. Its collaboration features are also more limited. In particular, reviewers criticize BlueJeans’s limited or insufficient annotation and whiteboard capabilities. Meetings’ chats are also not recorded, which limits BlueJeans’s ability to serve as documentation for meetings.

In contrast, Zoom’s meeting participant experience is less streamlined than some competitors. For instance, Zoom requires multiple clicks to get from an invite or link to the meeting itself, which can become frustrating for heavy Zoom users. Reviewers also argue that the mobile app is not on par with the desktop application, limited the accessibility of the platform to nontraditional users.

BlueJeans has three plans for the Meetings product. The Standard plan, at $9.99/host/month when billed annually, has the core platform with a 50 participant cap, unlimited meetings, and 5 hours of recording/host. The Pro plan, at $13.99/host/month when billed annually, has a 75 participant cap, 25 hours of recording/host, a host of integrations with security, sales, LMS, and collaboration apps, including Slack and Teams. The Enterprise plan, priced by a custom quote from the vendor, offers unlimited recordings, Command Center Live, branding, and white glove customer service.s

Use Cases and Deployment Scope

We use BlueJeans across our organization. Whether it is for routine meetings, reviews, meetings with clients, or training, we use it extensively to cut travel (thereby saving an enormous amount of time, productivity, and also money), as we are small teams spread across India. It does help that BlueJeans isn’t dependent on only a restricted number of devices, for we can connect from mobile phones, PCs, and even VC Rooms, and, more importantly, the attendees need not necessarily be subscribers. Keeping an ecosystem for communications closed defeats the very purpose of its existence, in my opinion.

I liked BlueJeans Events. However, I found that the 2-hour time limit is unrealistically small, and the charges for time over-runs are exorbitant. The subscription itself is on the more expensive side. It may not be polite to here to mention competitors, but Zoom allows more features at a much lower cost; its feature of allowing participants to register for an event is quite nifty. Plus, I am not restricted by the time limit. (I will be happy to take part in a discussion as to why this time limit is impractical in my opinion.) The same goes for Webex Events and Microsoft Teams Events, though they have other issues that make them far from ideal.

I do not use BlueJeans Rooms.

Helps me get call data records, which are handy from a security viewpoint. Without getting into a deep dive, I would prefer more search and filter options. Plus, while I can see the records of timings in Indian time when I export the same, it isn’t in the UTC time zone. Though not essential, it would be handy to have details of when participants have turned off and turned on their cameras. That being said, I find this better than similar features in competing platforms.

To be truthful, at the time I started using BlueJeans, I evaluated it against Lifesize and Webex; I chose BlueJeans more for the possibility of connecting 100 participants, though I liked the feature that I could dial out to IP Addresses, room systems, and Webex Meetings from Lifesize; the downer was that the moderator could not mute the video of other participants (which is true even today). Zoom came in a little later, but I found limited layout controls, and I did not like the fact that those with their video off still had an equal-sized window. So, while there are still some key features BlueJeans lacks, I find that amongst all the options available, it suits my needs better.

Having used BlueJeans for around 5 years or more now, I am used to the platform and quite like it, which is a disincentive to move to another. For our kind of company, with small teams spread across a country like India, where travel is rather time-consuming and expensive, BlueJeans is an ideal platform to communicate over video, particularly more so as we can connect in a variety of ways, from mobile devices to room systems. That being said, with the current pandemic and havoc it has created, some lack of certain features such as polling AND waiting room, etc. are glaring and have forced me to use some alternate platforms. I don’t want to get into a place where I find I need to make a choice, so it would behoove BlueJeans to be more responsive to present-day needs. Currently, BlueJeans is no longer an innovator and hasn’t even begun to play catch-up, which is a contrast to the scene a couple of years ago.

15 – Although there are 15 primary users, literally every single person in our organization has used BlueJeans at some point or another as a participant. Be it for sales, customer service, IT support, national and regional leadership, everyone has used BlueJeans. Frankly, I cannot think of any department that hasn’t used BlueJeans, or at least video conferencing.

5 – I am not an IT person, just a frequent user. The only “skill” needed to support BlueJeans within my organization is to WANT to use it, and figure out how it can best work for you. I like to explore every feature, and use it. That’s all the skill that is required. Ease of use is what is key.

10Been using it for a long time, so familiarity with the platform helps. I have already pointed out a few things that I like about BlueJeans which I do not find in other competing platforms. HOWEVER, I do use some other platforms on occasion when I need features BlueJeans does not offer. I will not give up BlueJeans for another platform just yet. That being said, BlueJeans needs to get back to innovating, as it once did, rather than increasingly lag behind in features that are becoming more and more important in today’s (and tomorrow’s post-pandemic) world.

We have 70+ VC Rooms across the country. However, I did not want my teams to be tied down to these for meetings. I wanted them to be able to connect from anywhere, using any device, but also to be able to connect through rooms. I did evaluate BlueJeans against Lifesize and Webex but chose BlueJeans because of some features (no. of participants, ease of connecting through VC rooms, moderator controls, layouts).

Things are different now as compared to 5 years ago. Security is key; and this starts with the process of a participant joining a meeting. I think BlueJeans lack a little here. The havoc and disruption caused the world over by the Coronavirus pandemic means that features like polling, EASY breakout rooms, Q&A (moderated), background blurring, and virtual backgrounds, a larger number of participants becomes even more essential. BlueJeans seems to be rather lax, or casual, over such features, at present.

Change management was minimal – It wasn’t an issue at all. We have 70+ VC rooms and were using Polycom RealPresence Desktop for PCs and mobile devices, but that wasn’t a great experience at all. BlueJeans made things easy for us. Our organization has a little over 100 people; so, the only “change” was that “management” itself became easier.

There have been a few instances, though I cannot, at this point in time, remember the specifics. One of the rather more trivial ones was when I asked for the “hand Raising” feature to be enabled for us, and this was done within hours. I also had the instance when, all of a sudden, a lot of people got dropped from an ongoing meeting, and then they reconnected, they joined into a second group, with those not disconnected continuing in another. I was able to reach out to BlueJeans support immediately, and they told me that the shortest way to get everyone together was to disconnect the entire conference and get everyone to join again. Speed is of the essence, at times.

Yes – Pretty well, including screen sharing. However, when using an iPad, it would be handy to be able to view people AND content together, given the screen size is large enough. Some people have commented that they found the chat button difficult to locate on mobile devices (in the sense it wasn’t easily noticed).

Want exclusive software deals in your inbox and never have to search for promo codes? Become an AppSurper — it's free. Growth hacking is a big deal.

Made with ❤️ in Mansfield, TX